Please Stay With Me & Poor Lit­tle Rich Kid
Please Stay With Me & Poor Lit­tle Rich Kid
Two songs from the rock opera 'OurSto­ry' com­posed by Jaiia Lyrics below: (See www.​Earthschild.​com/​rockopera.​html) Please Stay with me Friend from above with your strength and love as i dive into this 21st cen­tu­ry life (As I strive to keep my spir­it alive) Oh the heart gets to beat­ing so fast some­times When your life feels sgtretched out on the line be­tween the cred­i­tors and the street Am I to fol­low the shuf­fling feet of his­to­ry's meek­er folk? It's hard to be­lieve in your­self When you're home­less and broke. It's easy said the boy next door He's a rich man's son and he's never been poor Oh if you want a home go to work get a job What's the deal? Are you afraid to be­come part of the mob? Well you see i be­lieve man is made as a God You turn him all around and you treat him like a dog And when dig­ni­ty is gone It's hard to re­mem­ber the di­vine song. Oh please stay with me friend from above with your angel love as i strive to keep my spir­it alive. Poor Lit­tle Rich Kid Too mnay peo­ple Too much stry­ofoam Fast foods and cred­it cards We're eat­ing up our home Too many too much too lit­tle too late When it all runs out will we blame it on cruel fate? Un­der­nour­ished and overfed One day you think you might wake up dead Oh you poor lit­tle rich kid you poor lit­tle rich kid Your mama never taught you how to share and your daddy's got no time to even care. A hand­ful of hu­mans say they own half or the world Well who did they steal it from and how was it sold? It's the giant cor­po­ra­tions

Sweet Breezy Days
Sweet Breezy Days
Sweet breezy days melt into warm sum­mer nights moon ris­ing over the bay down on the coast glim­mer­ing lights We're set­ting off on a jour­ney not sure where we're going cross­ing un­chart­ed seas drawn by a vi­sion of a new re­al­i­ty Sun com­ing up in the morn­ing my love is right here next to me both of us feel­ing so good and so free Seems like ev­ery­thing in this mo­ment every thing in this mo­ment is all right Ev­ery­thing changes the vast and the small even di­a­monds can melt away some­times there's noth­ing to hold onto at all let go, you have to any­way And all of us are spin­ning around, one star one of a bil­lion tril­lion, guadrillian stars day by day we are trav­el­ling across the uni­verse only our songs to guide us on this jour­ney into the un­known Feel's like ev­ery­thing in this mo­ment ev­ery­thing in this mo­ment is all right. Copy­right 2010 Jaiia Earth­schild and David Techau Jaiia, key­boards and vo­cals David, per­cus­sion and vo­cals Bo, elec­tric 12-string gui­tar


Sa­cred Union
Sa­cred Union
I feel your life giv­ing love pour­ing on me like the sun pour­ing down on this earth deep into the gound I feel my love for you ris­ing like a for­est to the heav­ens and be­tween these forces these tremen­dous holy forces life flour­ish­es Every union that begets love is a sa­cred union Love is the force in life that makes ev­ery­thing right yet it's elu­siove so hard to find got to love with our hearts can't love with the mind Be­tween the earth and the sun lies a dis­tance a per­fect space and ev­ery­thing we know as life de­pends on that ce­les­tial em­brace that same acred space lies be­tween every liv­ing being you can fill it with love and your inner peace and the fear that keeps us apart just has to re­lease Every union that begets love is a sa­cred union Copy­right 2010 Jaiia Earth­schild-Techau Jaiia Earth­schild, key­boards, vo­cals David Techau, drums, vo­cals Bo Shores, Elec­tric 12-string

Song For All Mothers 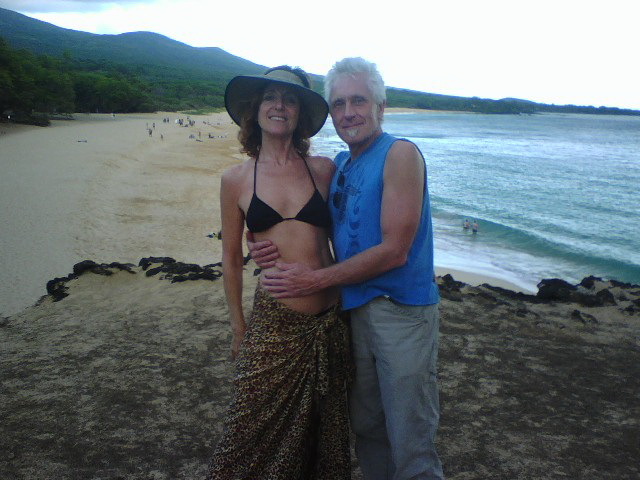 David Techau and Jaiia Earthschild-Techau
Husband and wife, friends, lovers and co-creators of the music you are listening to. We have included the lyrics to each song in the commentary section under the video as the poetry is as important to us as the music. All songs are copyright 2010, Jaiia Earthschild unless marked * meaning:copyright 2010 Jaiia Earthschild and David Techau If you wish to contact us or purchase use of any material, please call Jaiia at 808 876 0707. I am electro-hypersensitive meaning I cannot safely use e-mail, wi-fi, cell phones etc. I live in considerable isolation, which on Maui is very sweet, but communications are previous century style. These videos are currently our only means of sharing our music with you. Jaiia recorded five CD's and a rock opera before marrying David. Now we create togther, but Jaiia can no longer spend time in headphones and studios. So we have recorded these songs live, choosing the moments less for their flawlessness than for the magical quality that gypsies call duende. We have used a high definition camera and the room sound combined with the board. With good speakers or headphones you should get a decent sound quality. This is currently the only way we can share our music - the work and joy of our lives. We hope you will find some inspiration amongst these mystical, playful expressions from a marriage made in heaven. 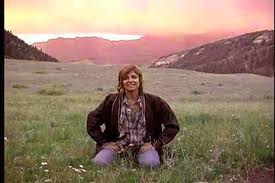 Jaiia Earthschild is a Bard:
Who? A What? Jaiia? Well 'Jaiia' means 'daughter of Gaia'... a name given by a pod of humpback whales one very deep season of vision questing. a rough translation is ‘Earthschild’ - also Earth's shield if one is German.
And Bard? Well, her roots are Celtic. The Druids trained their poets and musicians very carefully into Bards. Mystical artists of sound and word. She is definitely that.
She has also been called: a Sexual MusEcologist, a visionary bard, a madwoman,
a priestess, a genius, a fool, a goddess, a teacher, a shaman, a woman, an angel (it's the lyre that fool's 'em) also: poet, composer, activist, mystic, storyteller, mythmaker, writer, recording artist, dancer and techno-global citizen.
She has never been called a traditionalist nor conservative…well maybe a conservationist
So many things - all true and none of them true... so let her speak for herself:

""Who am I? I am of the earth. I am of the heavens. I love to sit in stillness.
London born, Australia educated, I live in Hawaii and travel the world as a singer/songwriter and educator.
All these things influence and shape what I compose: I have played music and danced since infancy. I have independently recorded five albums of original music and a rock opera and have produced numerous works of music theater.
I play the lyre, piano and guitar and sing into and from the wild places of my soul.

I have taught children and adults since age 17, conducted choirs and worked as a therapist of mind, body and soul. I love to teach a group how to sound beautifully together or teach a woman how to honor her sexual nature, or assist a child to access their innate genius.

I no longer perceive schools to be an effective learning medium for kids. I seek a better alternative, as education is a key for freedom and the future of humanity if it is done right

I have performed since childhood on four continents - in halls, living rooms, schools, colleges, cathedrals, TV, radio, council chambers, in gutters for homeless folk, for royalty (in the gutter for a prince early one new year's morning) but I have as much relationship with the music industry as with the military & the world bank. I sing the truth in odd places like city council chambers and in naval hearings on LFA sonar with choirs and drums and didgeridoo…eco-activist stuff: peace marches and rallies for human rights.

I have spent more seasons of life in nature or in silence than I have spent in civilization’s time zones. And yet I love New York City as I love Maui and Byron Bay, Australia. And best of all I love places where no human has ever been - not even me
My heart’s devotion is to the Natural world - for her I sing, speak write and tremble
I work for trees, whales and all kinds of wildlife - even weeds.

Yet I heard on 911, humanity's cry for help. When we are healed, the earth will be fine.
So I completed a rock opera:
'OurStory – Love, Sex & Violets' (http://www.Earthschild.com/rockopera.html)
The culmination of 20 years of prophetic composing. And I toured the one woman show of the opera for 18 months. While Bush was bombing I was singing, hoping one day a song would stop the bombs – well hopefully soon it will (!)

My favorite tools are really intelligent computers & fine instruments and, finest tool of all, the Human Body.

I am a student of consciousness. The way the mind/ body/ soul heals itself is a metaphor for our innate ability to handle the challenges we have created in society, the environment and amongst all living creatures. I have found music to be a very powerful tool in this realm.

Qualifications? Yes, some in music, therapy, enlightened education, sexual healing and mind/body therapies: hypnosis, belief clearing, quantum consciousness etc.
Experience?
You’d probably not believe me if I told you half of it... but if you read the stories on my site you will get some impressions (http://www.Earthschild.com/gaiaisyourmother.html)